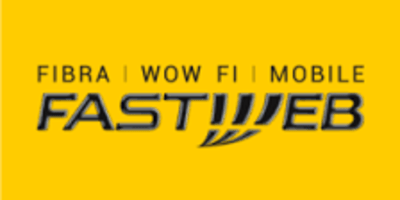 Fastweb announced that it has effectively become Italy’s fifth mobile network operator alongside TIM, Vodafone, Wind Tre and Iliad after receiving the corresponding official authorisation from the country’s Ministry of Economic Development (MISE). The high-speed broadband provider set off on the path to convert from an MVNO to an MNO around three years ago when it agreed to use spectrum owned by Sardinia-based Tiscali in urban areas, subsequently reaching a deal to acquire 40 MHz of spectrum in the 3.5 GHz band from Tiscali as well as a 200 MHz block in the 26 GHz band in the national 5G spectrum tender held in October 2018. The company has also recently announced a 10-year co-investment agreement with Wind Tre to team up on the rollout of a nationwide 5G network.

Fastweb already has over 1.5 million mobile customers, with nearly a third of its client base subscribing to a convergent offering combining fixed and mobile services. « MISE’s authorisation represents the last piece of our convergent strategy,” said Fastweb CEO Alberto Calcagno in a statement, adding that “having always been a fixed network operator with a latest-generation fibre-optic network, we are now also a mobile operator, relying on all of our infrastructure assets to play a leading role ahead of the arrival of 5G.