Home 5G news The new modem Qualcomm X55 is ready: what is the impact on...
5G news

The new modem Qualcomm X55 is ready: what is the impact on 5G network 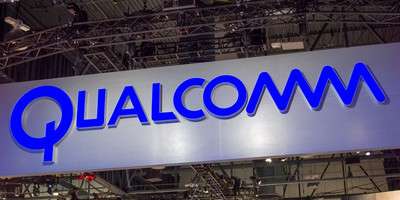 The new modem Qualcomm X55 is ready: what is the impact on 5G network

Nearly all 5G products are currently powered by a Qualcomm modem, and while the older X50 modem is very powerful and capable of very impressive speeds, it was very much a first-generation project. The X55 has gone a long way to improve in the areas where this product was weak.

There are a number of ways the X55 modem, which will ship first on the AT&T and T-Mobile variants of the Galaxy Note 5G, improves over the X50. With support for 5G Standalone mode, the X55 can operate alone without the help of an older LTE network. It also has better support for sub-6 5G deployments, such as the Sprint and T-Mobile that are hoping to combine 2.5Ghz (in TDD) and 600Mhz band (in FDD)

Qualcomm  X55 is the first modem that can send and receive over 5G, LTE, and legacy channels (meaning 3G and 2G) with a single chip. This means companies that make phones and other 5G devices won’t have to implement two separate radios for cellular which means lower costs and less battery drain. The X55 delivers even better LTE performance with 7x20MHz carrier aggregation and 4×4 MIMO support.

The X55 supports 5G NR  sub-6GHz in FDD mode while the X50 only supported TDD  frequencies. FDD requires two separate communication channels but can transmit and receive information at the same time, where TDD uses a single channel but has to swap between sending and receiving.

The biggest benefit of using FDD mode is that it’s the only way to use frequency lower than 800MHz. These low-frequency bands offer better range and penetration and are already widely used for LTE. T-Mobile will be deploying 5G on 600Mhz on FDD which is only supported by X55.

The X55 is Qualcomm’s first true global 5G modem. The industry uses three frequency bands for mmWave communications — 26GHz, 28GHz, and 39GHz — and all three are supported. The X50 only supported 28GHz and 39GHz which made it unusable for more than half the world.

This is because of how different countries are implementing 5G mmWave. In North America and parts of Europe, 28GHz and 39GHz are the bands in use and being tested for future usage. But in places like Africa and parts of Asia, 26GHz spectrum will be used and it needs to be supported. Having support for all three frequencies on one modem means it can be used everywhere there is a 5G mmWave network and OEMs can make a single global 5G phone if they want to.

The Galaxy Note 10+ 5G for T-Mobile is expected to have the new Qualcomm X55 modem inside. If you were waiting for 5G tech to mature before hopping on board, this is the mark you were waiting for. With everything integrated on one chip, you save power and get more out of your phone. When you reduce the number of components in a phone, you also reduce points of failure and increase the internal real estate available to other components like batteries and image processors.

If you have already bought into 5G, there’s probably not enough reason to upgrade just yet. As the networks mature and rely less on 3G and 4G for backups, the newer chips will make more sense. Until then, your S10 5G or V50 Thinq 5G should still deliver excellent speed and quality of service.

Facebook
Twitter
Pinterest
WhatsApp
Linkedin
Previous article5G in Korea focused on VR and AR use cases
Next articleWhen will 5G be available and how will it expand?