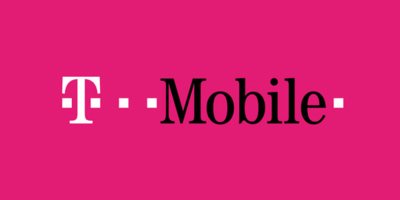 MmWave and 5G are used almost synonymously, but there are key differences between the two. The mmWave technology is just one part of what future 5G networks will use. The term mmWave refers to a specific part of the radio frequency spectrum between 24GHz and 100GHz, which have a very short wavelength. This section of the spectrum is pretty much unused, so mmWave technology aims to give incredibly fast speeds sub-millisecond latency and « unlimited » capacity

Unfortunately the reality is that those high frequency signals can only travel very short distances, cannot penetrate buildings and cannot bend around hills.

Ray shows the practical limitation of millimeter-wave frequencies and points out that the 5G launches we’ve seen from Verizon and AT&T based on mmwave are spotty and that performance is highly variable. He posted a GIF of what happens to mmWave signals when a sliding glass door is closed. A frame from the image, shown below, illustrates the problem — the top signal strength line goes flat when the door is even halfway shut.

Ray’s decision to attack the networks Verizon and AT&T are deploying is, of course, partly driven by the fact that T-Mobile is lagging its rivals in 5G rollouts. The fact that the man is self-interested doesn’t make him wrong, though. The fact is, 5G is barely in its infancy. There are no supported 5G devices with native 5G modems right now. The technology really isn’t ready for customers in mmwave bands.

Rural areas are definitely going to see some form of 5G, but it may not be the millimeter wave technology that’s being deployed right now in US in urban areas. US Cellular, for example, has announced that it will use older LTE spectrum and 600MHz bands for rural 5G. T-Mobile is planning something similar, with different spectrum bands. Here’s Ray:

T-Mobile has a strong portfolio of low band spectrum, which provides the wide area coverage necessary to reach every American. T-Mobile also has mmWave spectrum that provides massive capacity over a very small footprint. It holds big promise for speed and capacity in dense urban areas and venues where large numbers of people gather. And Sprint has the critical middle layer of 2.5 GHz mid-band spectrum, which provides the balance of coverage and capacity that enables a seamless and meaningful 5G experience. Mid-band spectrum is key to providing an ideal mix of coverage and capacity for 5G networks