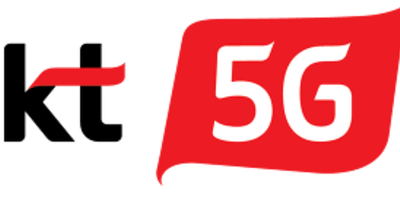 South Korean operator KT is using augmented reality to promote its 5G commercial network. The operator also reports it has topped 100,000 5G service subscribers since the official launch of its 5G network on 3 April launched with Ericsson

To promote its 5G service, KT held a 5-week event, which included an AR game where players search for cards with characters from the « Avengers: Endgame » movie.. The event was conducted in partnership with Walt Disney Company Korea, and enabled participants to help draw a digital map of the areas covered by KT’s newly launched 5G network.

In KT’s Pokémon Go-style AR game, players collect hero cards when they find icons resembling Marvel’s Infinity Stones on their devices. The mission was accomplished by collecting 140 types of hero cards to complete the card book. Participants who completed the mission were eligible for giveaways. The cards were hidden in different areas. Only 40 types of cards could be found in areas covered by 5G. When the hero cards were found, they were marked on the ‘5G Coverage Map’ on KT’s homepage.

KT says its 5G service currently covers the country’s most-populated areas, including the capital Seoul and its surrounding metropolitan area, six other metropolitan cities, most of all 85 major cities, 70 large shopping malls and discount stores and 464 college campuses. KT provides updated 5G coverage information to the public via a visualized map on its corporate website, documenting its 5G-serviced areas across the country. The map is updated regularly by cities and districts. KT’s 5G mobile network covers the country’s key transportation routes and the operator plans to expand the coverage to subways and key sites such as public offices and university hospitals.

Also KT and LG Uplus are using drones to expand their 5G network services, they  recently completed the development of automatic control service to remotely monitor construction sites. The system was developed in partnership with Hyundai Engineering & Construction and Hyundai Construction Equipment.

The 5G-based drone can also be used for immediate reaction in case of emergency.

KT signed a partnership agreement with the Korea Aerospace Research Institute (KARI) on 26 April, to jointly develop 5G-powered services for acrobatic drones. Under the terms of the deal, KT and KARI plan to expand the use of 5G-based drones and develop a big data analytics system. The two partners will also work on technology convergence between 5G networks and the aviation sector.

« Beginning with the development of 5G-based drone flying techniques, we will continue to cooperate with KARI so drones can be utilized in various areas such as improving rescue operations and transportation, » said Yun Hye-jeong, EVP and head of KT’s big data business support unit.