Home 5G knowledge What is 5G NSA and how it is working ?
5G knowledge

What is 5G NSA and how it is working ? 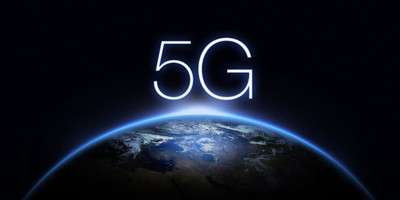 In EPC-based NSA networking, if a UE supports both LTE and New Radio (NR) non-Standalone(NSA), it can connects that to Dual connectivity (DC) to  both an LTE eNodeb and NR gNodeb, and use resources provided by these base stations for data transmission.

Data can be split between the two base stations. Dual connectivity can be implented using the aggregation of up to five component carriers (CCs) on the eNodeb side and the aggreagation of up to two CCs on the gNodeb side. 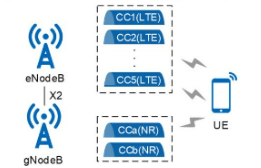 The main option used in 5G NSA is the option 3x where the LTE eNodeb is the master eNodeb (MeNB) and the NR gNodeb is the secondary gNodeb (SgNB).

In Option 3x, the gNodeb is the data split anchor. 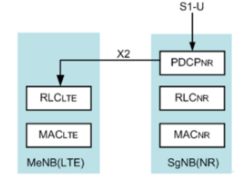 What are MeNB, SgNB, MCG and SCG ?

The Master eNodeb (MeNb) of an NSA DC UE is the LTE eNodeb that serves the cell on which the UE is currently camping. In this version, only an LTE eNodeb can be configured as an Menb

The secondary gNodeb (SgNB) of and NSA DC UE is the NR gNobde condigured for the UE Through an RRC message sent by MeNB. In this version, only an NR gNobde can be configured as an SgNB.