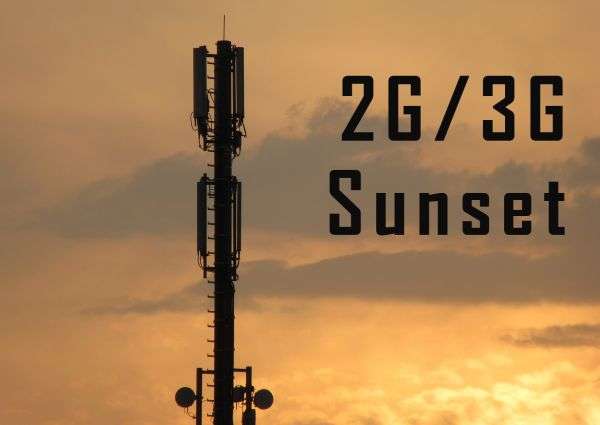 2G/3G shutdowns is driven by the fact that operators have limited spectrum available for expansion. In order to provide a faster, more responsive network to their customers, they must re-use the spectrum with newer, more efficient cellular technology. Old 2G/3G infrastructure makes way for new networks, 4G and 5G

The good news is that 4G LTE will be available for at least a decade to come, and will co-exist with 5G networks.

There has been some delay in shutting down 2G/3G networks due to the amount of M2M/IoT devices which utilise these services. 2G and 3G were ideal for applications with small, infrequent data requirements but IoT industry is now looking to next-generation LTE technologies such as Cat-1, Cat-0 and Cat-M1 as 2G, 3G (and eventually) 4G replacements.

By 2025, GSMA expect that more than 106 networks will be shutdown across the world, with 60% being 2G networks.

During 2021, the majority of the shutdowns in Asia Pacific will be 2G, while in Europe 12 networks will be shutdown, being majority of 3G. 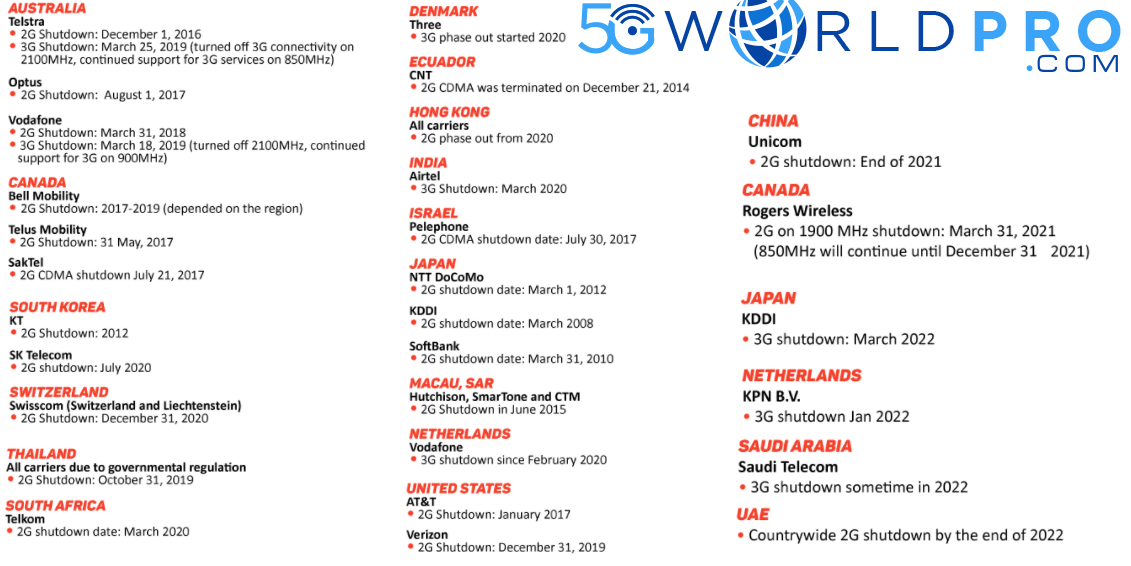 Europe is experiencing more sunsets in 3G than 2G, The Americas, Asia and Oceania is on a different path from Europe, focussed towards turning 2G off: 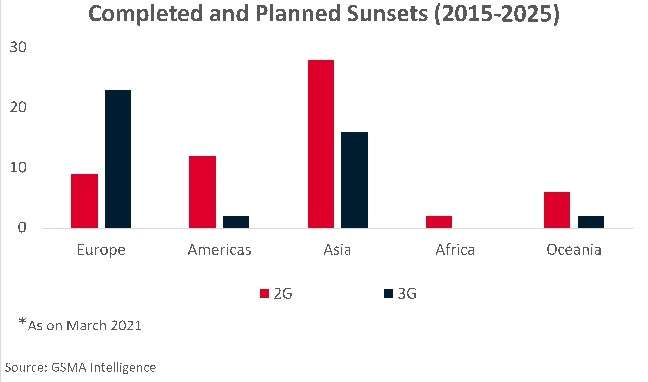 Lets summarize the main drivers explaining why 2G/3G shutdown will accelerate in the next following years around the world  :

1.There is a cheaper and faster smartphone replacement rate