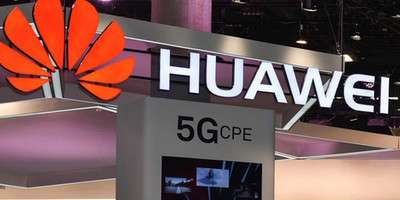 Nikkei Asian Review has received information that Huawei will launch world’s 1st 5G television. This will have an ultra-high resolution of 8K, and will support full 5G connectivity. According to sources familiar with the company’s plans, the set would include a 5G modem to allow it to stream remote content directly without the need for a cable box or fixed-line internet connection, and it could even act as a router for other internet-connected devices in your home.

Pairing a fast 5G connection with an 8K display could theoretically be a way of overcoming the difficulties of streaming data-heavy 8K content without requiring a high-speed fixed-line internet connection at home. Along with 8K, Nikkei speculates that the TV’s 5G connection could also let them stream 360-degree videos.

Nikkei reports that Huawei would use these 5G TVs to build out its ecosystem of consumer electronics, similar to what Samsung already has with its lineup of TVs, smartphones, wearables, and smart home devices and appliances. Huawei is currently the second largest seller of smartphones worldwide, behind only Samsung.

Huawei has its work cut out if it wants to break into the TV market at all, and that’s before you consider the futility of integrating a cutting-edge 5G modem with a next-generation display. Televisions are famously low-margin products to sell, and the average consumer’s TV upgrade cycle is a lot longer than it is for laptops and smartphones (even if that appears to be changing for the latter). 2019 is also still very early for both 5G and 8K. 5G networks are currently only available in a limited number of locations, and native 8K content will be a rarity for a while yet.

The other major aspect of this TV is the resolution of 8K, which is the most advanced optical technology in the world having 16-times more resolution than any other TV. Samsung’s 8K TVs (without 5G) sells for $4999.