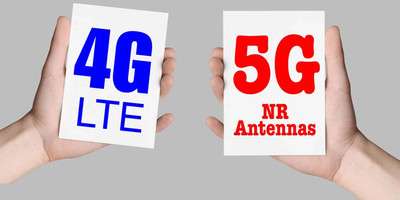 In dual connectivity option 3x, the call is established on 4G and all bearers are managed by the 4G EPC, thus End to End 5G features managing the QoS, like the slicing, will not be available

Also, there is Open X2 interface that should be configured between the legacy 4G supplier and the new 5G supplier

Besides MCG and SCG bearers, a third type of bearer can be established called split bearer.

This type of bearer is directly connected from the SGW to the gNB and is characterized by a single flow that is transmitted from the CN to the PDCP protocol layer located at the gNB. Then, the gNB splits the traffic and forwards the packets to the MeNB RLC