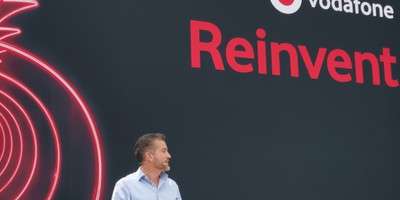 With EE claiming the ‘first’ accolade many telcos seem to think is critically important, Vodafone needed to do something different to gain attention; this pricing move might well be an important one.

The idea is simple. Instead of tiering pricing plans on monthly data allocations, unlimited data packages can be purchased with tiered limits of speeds. Customers can select the package which is best suited to the way in which they use their devices.

This approach is certainly an interesting one and certainly has the potential to disrupt the status quo. Vodafone is not the telco giant it once was in the UK. It sits third in the market share ranking for mobile subscriptions and is a comfortable distance away from the top two. However, a new approach to pricing might get the team back to its former glory days.

With ‘Unlimited’ data plans, the tariffs are designed with 5G in mind. Vodafone UK CEO Nick Jeffrey pointed out that 5G is much more than a smartphone. A tsunami of devices will be connected to the network soon enough, and consumers will be digesting data in new ways; the last thing 5G consumers want to worry about is reaching a monthly data allocation.

“These tariffs are perfect for the over-the-top generation,” said Consumer Director Max Taylor.

Instead of tiering tariffs on consumption allocations each month, customers will be able to subscribe to download speed limits, with unlimited data pools. As you can see below, there are three tiers to take into consideration.

Taylor suggested each of these tiers have been designed with experience in mind. The slowest, with a maximum speed of 2 Mbps, is for those who do little more than message, browse the internet or distract themselves on social media. The next tier is for those with an average data appetite; 10 Mbps is more than enough to run SD video on the go, while the final tier is for the heavy data consumers, gamers for instance.

“Vodafone’s move into unlimited data and its decision to price 5G the same as 4G indicate the emergence of a challenger mentality,” said Kester Mann of CCS Insight. “This is in sharp contrast to its traditional premium-focussed approach. It could spell bad news for Three, which has built a strategy based on challenging industry norms.”

One party which will not be happy with the news is Three. Over the coming months, the ‘challenger’ telco will be launching its own 5G proposition and we suspect it might be brewing up its own disruption. As Heavy Reading’s Gabriel Brown noted to us at the launch event, such an announcement from Vodafone might ‘steal some of the wind from Three’s sails’.

What is worth noting is the ‘Unlimited’ tariffs will only be available for SIM-only customers. You can see the pricing tiers for subsidized handset contracts at the bottom of the article, there is some opportunity for competitors to undercut Vodafone.

Finally, Vodafone is taking a page out of the BT playbook by tackling the connected everywhere challenge. In launching its ‘5G Gigacube’ FWA product, the team are also supplying a convergence tariff to allow for seamless connectivity everywhere and anywhere. And for £50 a month, with an Amazon Alexa smart speaker included in the bundle, it is an attractive proposition.

Like Three, Vodafone is looking to challenge the traditional home broadband market. The FWA offering doesn’t need a landline or an engineer to hook-up the equipment, it is a simple and cheap alternative to fixed broadband. With home and mobile broadband, both 4G and 5G, bundled in with an Amazon Alexa for £50 a month, this might turn a few heads.

If Vodafone is to make moves in the UK connectivity market, it needs to do something different. This is what the last couple of years have all been about, turning the oil tanker. It now has a new converged network, Redstream, more legacy IT systems are being switched-off each year, nine more in 2019, and the financials have returned to growth for the first time in five years. When you add in the new pricing model, convergence strategy and innovation hubs to bolster the enterprise business, things are looking positive for Vodafone.

After giving up its market-leading position years ago, Vodafone is starting to look like a business which can challenge at the top of the UK connectivity market once again.