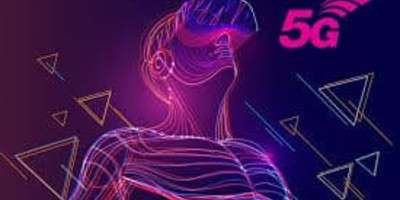 – ‘Jump AR’ is an augmented reality service designed to teleport users to an eSports stadium, LoL Park, through their smartphone screens. When accessing the ‘Jump AR’ app, a ‘virtual portal’ to LoL Park in Seoul appears on the screen. If users take a few steps towards the virtual portal, they are transported to the virtual LoL Park. By moving their smartphones around, users can get a 360-degree view of LoL Park’s interior, leave AR messages of support, watch greeting videos of players, and also read messages left by other eSports fans.

– ‘VR Replay’ is a new eSports video content designed to provide highlights from the perspective of characters in the game. By wearing VR headsets, users can watch 360-degree battle scenes from characters’ point of view. The service combines separate scenes into a 360-degree video content.

The company provides ‘LCK VR Live Broadcasting’ and ‘VR Replay’ through the ‘SKT-5GX’ section of its OTT video service Oksusu.

Back in February, Singtel has signed a MoU with SK Telecom to cooperate and leverage each other’s capabilities to grow gaming and esports in Asia. The collaboration will see both companies work together on developing and providing digital gaming content and services for gamers in the region. also in February, SK Telecom and Comcast Spectacor agreed to cooperate in the esports business, as well as establish a global esports joint venture. SK Telecom and Comcast Spectacor plan to set up a joint venture company to engage in joint business activities, such as joint operation of global esports teams and development of esports content.