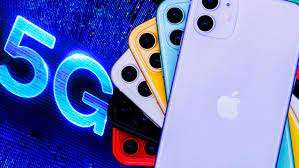 Apple is planning to hold a product launch event on 9 March, and where they will introduce a new low-cost 5G iPhone as well as an updated iPad. These informations are not confirmed from Apple yet.

The announcement will mark Apple’s first major event since a new MacBook Pro debuted in October. The event will likely take place online. Apple declined to comment on the report.

The new phone will be the first update to the iPhone SE model in two years, adding 5G network capabilities, an improved camera and a faster processor. The design itself is expected to be similar to the current version, which debuted in April 2020. The new iPad will be an update to the Air model that features a faster processor and 5G. The company is also planning a new Mac with Apple-designed chips, which could also come in March.

Finally, Apple is planning to release iOS 15.4 in the first half of March where the software update will add Face ID support for people wearing masks to iPhones and iPads, making it easier for users to unlock their devices. It also has new emojis and Universal Control, which lets customers use a single keyboard and trackpad across multiple iPads and Macs.