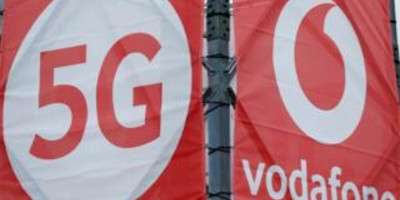 Vodafone will switch on its 5G network for both consumers and business customers in seven cities across the UK on 3 July 2019. In a worldwide first, Vodafone will also offer 5G roaming in the UK, Germany, Italy and Spain over the summer.

The UK is leading the way in adopting 5G, with Vodafone the first operator to name an official switch-on date. Birmingham, Bristol, Cardiff, Glasgow, Manchester, Liverpool and London will be among the first cities in the world to receive 5G – the new super-fast, highly responsive mobile technology. Birkenhead, Blackpool, Bournemouth, Guildford, Newbury, Portsmouth, Plymouth, Reading, Southampton, Stoke-on-Trent, Warrington and Wolverhampton will follow later this year.

Vodafone will price 5G the same as 4G for both consumers and business customers. A choice of 5G smartphones will be available to buy online or in Vodafone stores over the summer. The first smartphone goes on sale next week. Vodafone will also offer a 5G router for use in the home and office to give customers without a fixed line connection high-speed broadband access. It is also ideal for those customers replacing their home or business broadband; needing a second connection; or who require instant Internet access at an outdoor event.

Vodafone UK CEO Nick Jeffery said: “We started our 5G journey more than three years ago. We led the way in setting 5G standards to ensure phones and networks work well together. We upgraded our masts to be able to take 5G without disruption. And we were the first UK company to test 5G over our all-fibre core fixed and mobile network.

“This is important. It means we can today announce the largest launch of 5G in the UK and be the first to announce 5G roaming. It means that UK businesses can lead the world in adopting 5G to boost productivity and attract investment. It means consumers can get the fastest mobile speeds ever, and it means that our public sector will be able to adopt new services to improve healthcare, social services and housing.”

Vodafone is also creating digital innovation and incubator centres across the UK. It will soon open a technology centre at MediaCity, Salford, Greater Manchester, and today is unveiling plans for a major new 5G facility at the Ricoh Arena – home of Wasps rugby and netball clubs.

Under the new sponsorship and technology deal with Wasps, Vodafone will equip the rugby stadium and netball centre with the latest 5G and Internet of Things (IoT) technology. This will this give fans the best-connected sporting seats in the country. The venues will be open to businesses and start-ups.

Vodafone was the first to demonstrate a 5G holographic call last year. We have also brought 5G to key commuter locations. Offering speeds over 5G up to ten times faster than 4G, we’ve shown commuters at busy airports and railway stations that they can download TV box sets or movies in a matter of seconds before they embark on their journey.

5G will also ensure faster data speeds for customers in congested areas, such as busy shopping centres, sporting events or music concerts. Vodafone is already the best network in London and now, with the extra capacity offered by 5G, consumers and businesses in the capital can expect even greater reliability in busy areas.

Through our sponsorship of ESL, the world’s largest esports company, we will also bring 5G to gamers so they can get 4K resolution on their consoles and respond to their opponents’ moves instantly.

Customers can choose from several new, 5G compatible devices ahead of our network switch-on. These include:

The new price plans will be unveiled next week to coincide with the availability of the first handset. Handsets can initially be used over 4G, and will be able to use 5G when the network is switched on and all manufacturer software updates are completed.