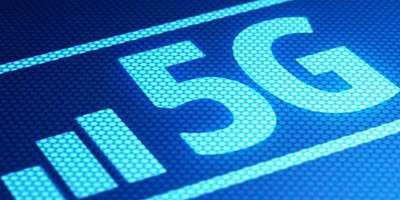 As part of GSMA Intelligence’s Consumer Survey, which covers 34 markets and 36,000 respondents, this short article captured consumer expectations of what 5G will deliver.

Faster speeds were the top expectation across all surveyed countries, with the exception of Japan, where it was a close second (to reductions in mobile service costs). Operators are used to competing on speed; it’s a tangible metric in consumers’ eyes, and will support the growth in highdefinition video content services. Early marketing efforts will focus on network speed as a key differentiator versus LTE. The margin of expectation relative to other responses here is significant: +13ppts on average compared to increased coverage, and approximately +30ppts when compared to all other responses.  this standout expectation will be the main driver of early 5G adoption.

Improved coverage was the second most frequent response but showed the most variation across countries – 17% of respondents in Japan versus 50% in the US, for example. Coverage expectations may be the trickiest for operators to fulfil given the different propagation properties of spectrum bands identifiedfor 5G use. And where they can execute on coverage expectations, capacity may suffer. T-Mobile US, for example, plans to roll out a nationwide 5G network in the 600 MHz band, which will enjoy strong coverage properties but will not deliver the same network speeds as higher frequency deployments leveraging more spectrum (though T-Mobile does plan to deploy in mmWave spectrum too). Conversely, deployments in higher frequency, C-band spectrum will necessitate the deployment of technologies such as Massive MIMO and small cells to increase in-building penetration.

While consistent on faster speeds and improved coverage, consumers in South Korea showed the highest level of expectation that 5G would deliver innovative new services (45%), and connectivity for previously unconnected devices such as wearables, appliances and devices (38%). This reflects the approach taken by Korean operators and the regulator. From the first live trials at the Winter Olympics, to agreements to launch simultaneously in order to avoid excessive marketing costs and to share deployment costs, a focussed and pragmatic approach has led consumer expectations. More than elsewhere, consumers in South Korea see more that is novel about 5G.