On 24/02/2021, the FCC has declared the winning bidders in the Current 3.7 GHz spectrum auction and Verizon is the top in the list, accounting for over half of this spend.

In fact Verizon spent 45.5 Billion for approximately 3,500 total licenses obtaining an average of 160MHz of spectrum throughout the entire US

T-Mobile, meanwhile, spent $9.3 billion for 142 licenses, covering around 68% of the US population.

There were several surprises in the result, as we saw Private equity firm Grain Management which  spent $1.3 billion, while Canopy Spectrum spent $172 million, knowing that canopy is a venture between Jennifer Fritzsche (a former Wells Fargo analyst) and Edward Moise Jr. (a longtime spectrum investor)

Find below the full result of the FCC C-band  spectrum auction: 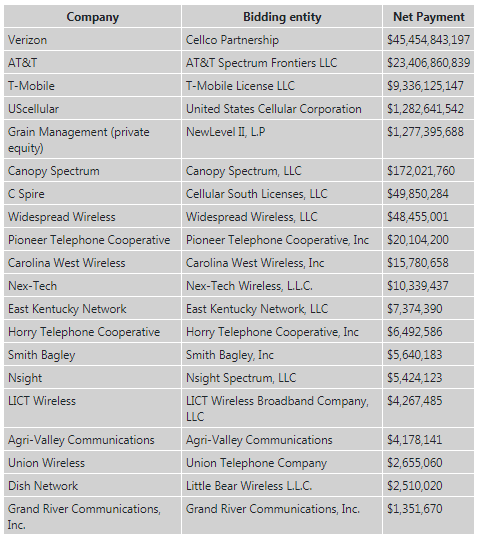