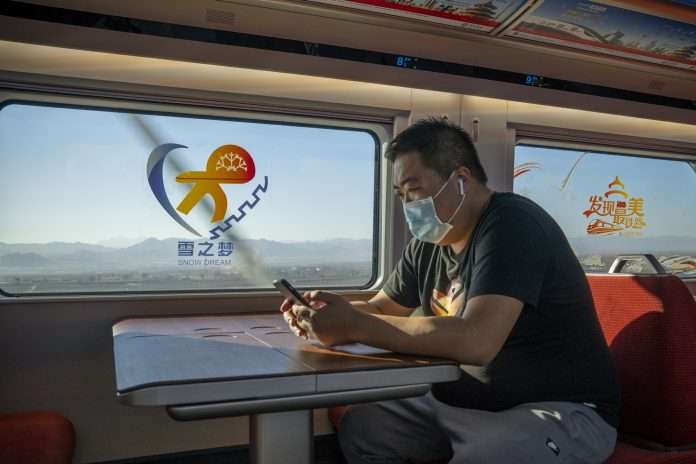 China has launched on January 2022 the world’s first high-speed train with 5G coverage that will be used during the Beijing 2022 Winter Olympic Games.

The express train will link the two competition zones of Beijing and Zhangjiakou, allowing athletes, journalists and other attendees to move between venues.

The China Media Group (CGM) and China Railway has developed the train, which is said to be the first in the world to offer a 5G signal to ensure a stable internet connection for which a live-streaming studio has been set up on the high-speed railway line with 5G signal towers situated along the route.

The high-speed train can finish a one-way journey of some 170 kilometres in less than an hour. There are about 400 5G base stations along the way to ensure stable signal transmission. Upon completion of the ceremony, the 5G express will be officially put into operation.

“The train has seen new improvements and breakthroughs in a number of areas. It has also managed to reach an automated driving speed of 350 km/h, a world’s first. It will not only provide fast and reliable transport for those attending the winter Olympic Games, but this cooperation with CMG will also set a good example on how we can deepen the integration of media and public transportation in the future.” said Lu Dongfu, Chairman of China Railway.