T-Mobile and SpaeceX will connect mobile phones to satellites 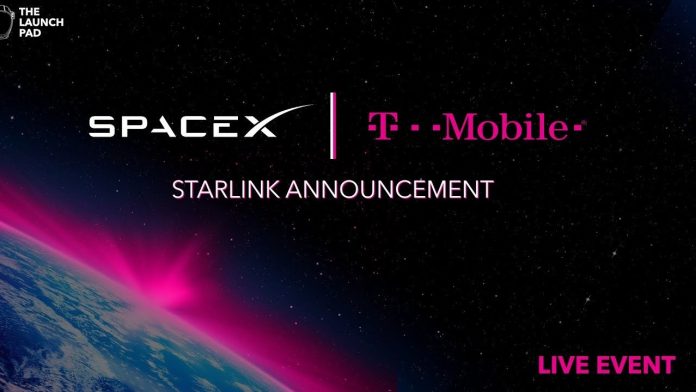 Wireless carrier T-Mobile US will use SpaceX‘s Starlink satellites to provide mobile users with network access in parts of the United States, the companies announced on Thursday, outlining plans to connect users’ mobile phones directly to satellites in orbit.

The project was called COVERAGE ABOVE & BEYOND, and its goal is to spread mobile coverage, as all remote areas that do not have coverage, such as some villages, deserts, mountains and remote areas, with an objective to cover the dead zones.

The service will be activated at the end of next year 2023 and will be for text messages (SMS) and multimedia (MMS), and later work will be done to make the mobile phone capable of making phone calls, using data and other Internet services.

Below some technical details about the deal :

– The frequency that will be used is Mid-Band type PCS or 1900MHz.
– You do not need to buy a special mobile because the frequency used is PCS 1900MHz, so the mobile phone you have will be able to communicate with satellite
The service is free for T-Mobile customers.

– The satellite will be in the LEO area (approximately 500 miles away)
– The amount of data per cell from 2Mbps to 4Mbps
– The satellite used is called starlink V2 satellite, its size is approximately 7 meters, and it is connected to Antenna, the size is 25 square meters, and the type of antenna used is Phased Array Antennas.
– The volume of cell data is up to 4Mbps, calls consume 2Kbps and text messages consume 7 Bit, and leave the account on you how much the cell can accommodate and the number of calls and also text messages.

SpaceX and T-Mobile’s alliance threatens to disrupt startups AST SpaceMobile and Lynk Global, which are developing constellations that also aim to connect directly to unmodified phones.

Lynk Global has been looking to launch initial commercial services for its network before the end of this year, while AST SpaceMobile expects to deploy its first set of operational satellites in late 2023.