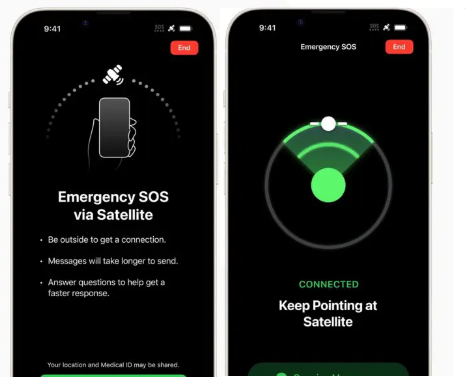 Apple this week announced its iPhone 14. In fact, Apple will be introducing emergency connectivity via satellite as the primary characteristic of the new device. Apple describes the feature as “Emergency SOS by satellite.” Globalstar has confirmed its role as the company behind this new feature. It will be available in November 2022.

satellite communications business Globalstar announced that it is the provider of Apple’s new services. Globalstar operates a collection of satellites that are located in Low Earth Orbit (LEO) specifically designed to allow satellite phones as well as low-speed data communications.

Apple promises “Emergency SOS by satellite” can help users get in contact with emergency responders to emergencies , which aren’t connected to Wi-Fi or cellular networks. It is when the iPhone 14 user answers a couple of pre-formatted questions and then gets a prompt to aim their device at the correct spot in the sky to align satellite communications. The iPhone sends short bursts compressed data to call centers that are staffed by Apple-trained professionals which, according to Apple, will manage emergency ground services in order to assist. Apple claimed that the service is most effective in the event that customers have clear views of the sky, but it also works in light foliage.

The Emergency SOS service will be initially available to users within the United States and Canada beginning in November 2022. It’s an option that comes in the iPhone 14 for free, for the initial two years, without providing a specific price of subscription for Emergency SOS beyond the initial period.

Apple’s announcement of Emergency SOS via Satellite underscores our belief that satellite technology is a big part of a potential future without dead zones, making satellites as a backup to cellular.