Much higher sales of 5G devices in 2020 than previously expected 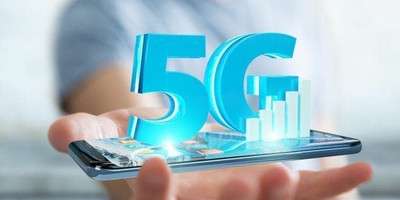 Much higher sales of 5G devices in 2020 than previously expected

Following Verizon’s announcement that it has officially turned on 5G in parts of New York City, Boise, Idaho and Panama City, Florida and as reports consistently show that 5G deployment will continue to accelerate, Goldman Sachs has upped the number of 5G devices expected to be deployed next year from 50 million to 120 million.

A Goldman Sachs analyst, Rod Hall, had previously believed that the Huawei trade restrictions would significantly hinder the deployment and availability of 5G. However, he recently came to believe that is not the case: After doing some supply chain research, he realized there were “much higher” sales of 5G devices than previously expected, especially in China.

Successful 5G network buildouts will drive 5G device availability, and Goldman Sachs thinks this could be explosive for smartphone makers such as Samsung and Apple and for U.S. carriers as they continue expanding their 5G coverage.

Currently, Verizon has 13 5G cities, putting the carrier in fairly large lead over Sprint, which has nine 5G cities, and T-Mobile US, which has six. However, Verizon is still behind AT&T in terms of overall deployments; AT&T has 5G deployments in 21 cities.

Further, as new use cases for 5G emerge, the next generation of mobile technology is expected to find success in the enterprise space as well. 5G will bring higher speeds, increased network capacity and lower latency to enterprise spaces, and many companies, like Samsung, are actively looking into how 5G technologies can improve manufacturing environments and create smarter factories.

Research from TeleGeography supports Hall’s assertion that 5G will make drastic gains in the next few years. The research shows that there are 34 3GPP standardized commercial 5G networks globally, with 77 anticipated by the end of 2019. Further, Ovum predicts that by end of 2021, there will be 156 million 5G connections worldwide and 32 million in North America alone.