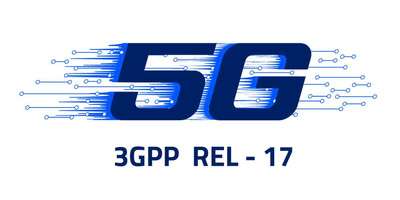 Some of the most important features planned in release 17 are highlighted below:

— Expanding into higher spectrum: Launch of release 17 will broaden the supported 5G spectrum variety beyond 52.6 GHz, all the way up to 71 GHz.

“The priority will be to define 5G NR for the newly extended 60 GHz band, just identified by the World Radio Conference as an IMT band for some regions” created Lorenzo Casaccia, VP of technological criteria for Qualcomm Europe, in a post on the plenary meeting. He kept in mind that existing millimeter wave waveforms from Release 15 and 16 “can be scaled to support the higher frequencies, but this will be validated and documented as part of this Rel-17 project”.

— More focus to the demands of vertical industries: consisting of automobile, critical communications, indoor industrial uses and other internet of things needs, such as “stringent accuracy” in positionning and also latency. IoT advancements will certainly additionally focus on a “rich set of capabilities to better support low latency and industrial IoT requirements, and also to terrestrial Low Power Wide Area systems (NB-IoT),” Bertenyi wrote, going on to add that supporting NR devices with reduced capabilities while enhancing NR coverage are “key elements to enhance support for the Low Mobility Large Cell (LMLC) scenarios.” Those, he claimed, are important to the international success fo 5G NR, particularly in establishing countries.

In particular, Qualcomm’s Casaccia pointed out, Release 17 will continue to work on massive IoT in 5G however will certainly additionally introduce something called “NR-Light”. He explained NR-Light as “a new class of tools that is much more qualified than eMTC/NB-IoT but supports various features as well as smaller bandwith  than 5G NR eMBB/URLLC.” NR-Light, Casaccia said, can “occupy just 10 or 20 MHz of bandwidth and deliver 100 Mbps of downlink and 50 Mbps of uplink throughput, making it a suitable technology for use cases such as high-end wearables or industrial IoT cameras and sensors.”

— Including non-terrestrial access (NTN), such as 5G NR support for satellites and High-Altitude Platforms such as balloons or high-flying drones. That also includes initial researches for IoT as well, which Bertenyi stated will certainly pave the way to introduce both narrowband IoT and also eMTC support for satellites.

— Multi-SIM devices , which can operate with dual or several SIM cards, will be handled with by 3GPP for the first time. Bertenyi said that such devices have been extremely popular for LTE in many regions” but “have been based on proprietary solutions. In order to have a more efficient and predictable Multi-SIM operation in NR RAN2 will work on specification enhancements, especially in the area of paging coordination.”

— Quality of Experience needs in 5G NR, beginning with a study that will certainly look on what will be needed for the QoE feature in 5G, compared to what was defined for LTE.