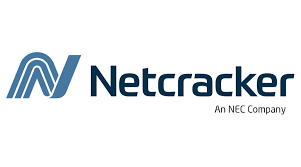 In June 2021, DoCoMo seems to have gone a step forward as NEC company has just announced that it is working with the Japanese telco on the joint advancement of a RAN Intelligent Controller (RIC)– Which is the main part of an open and virtualized RAN network.

According to NEC, the two companies would like to use the RIC in order to reduce RAN operational costs, boost performance, as well as reduce power consumption. NEC additionally highlighted the use of AI and ML to allow much more sophisticated and also reliable control of networks, allowing them to automatically and autonomously optimize radio resources.

It has been confirmed that the RIC will be based on technology from NEC subsidiary Netcracker. Netcracker will provide an open RAN domain orchestration option that is aligned with the O-RAN Alliance SMO, including RIC performance.

Other RIC cooperations are also available: Nokia has announced public RIC tests with AT&T and also China Mobile,  as well as VMware that has formerly stated it is dealing with Deutsche Telekom on  RIC Domain.

Don’t miss our new 5G Open Ran Training that will provide both technical and Business overview of Open RAN and specifically O-RAN from the O-RAN Alliance.

More details at below link :